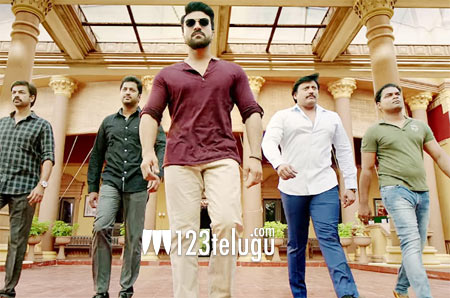 Ram Charan and Boyapati Srinu’s ongoing action family entertainer, Vinaya Vidheya Rama, is being keenly awaited by Mega fans. The film is slated to hit screens during the upcoming Sankranthi festive season. However, VVR’s makers are yet to make a formal announcement regarding the film’s release date.

Now, if the latest buzz is anything to go by, Vinaya Vidheya Rama may open in cinemas worldwide on January 11, with the US premieres on the 10th evening. An official word is awaited from the makers. The film’s last schedule is currently underway in Hyderabad, and the entire shooting formalities will be completed by December 26.

Kiara Advani is the leading lady of VVR. DVV Danayya is the film’s producer. DSP is the music composer. Stay tuned for further updates.