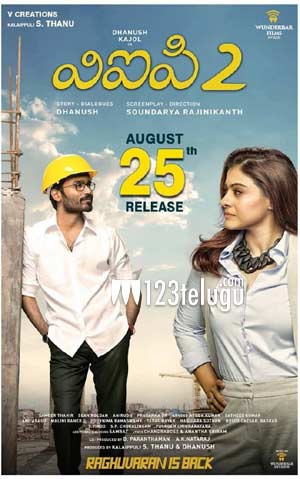 The Tamil version of VIP 2, a sequel to Dhanush’s super hit action drama, VIP, released on August 11. Despite average reviews, the film has grossed over 25 crore in its opening weekend, thanks to the craze around the franchise.

VIP 2’s film’s Telugu version was supposed to be released on August 18th. But as per the latest updates, the Telugu version will be hitting the screens on August 25. VIP 2 Telugu has already been censored with clean U certificate.