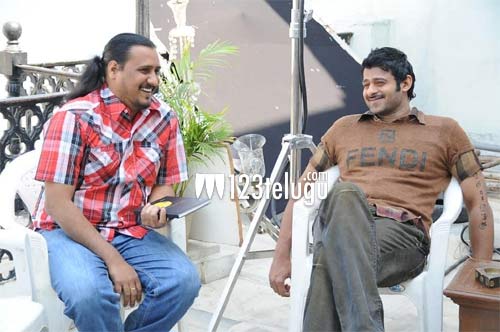 Director Venu Sriram has come the hard way up in his career. He has been working in the Dil Raju compound for the last few years and has worked on several films in the production house.

We all know that Dil Raju made a film called Mr. Perfect where Venu Sriram worked as an AD. Prabhas played the main role in this film and he discussing a shot with Venu Sriram has gone viral through a picture.

Seen here in the picture is a young Venu Sriram in a pnytail clad avatar. Both him and Prabhas look young. Venu Sriram has now delivered a super hit in the form of Vakeel Saab.