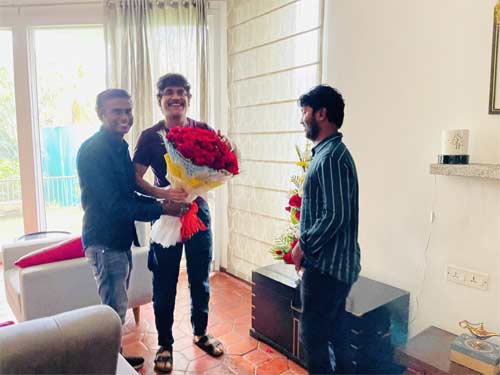 Bangarraju has been released today to decent reviews all over. As the festival season is on and there is not much competition around, this film will draw more crowds in the days to come.

Meanwhile, Anup Rubens, who composed some hit music for the film met Nagarjuna along with his director Kalyan Krishna to celebrate the success.