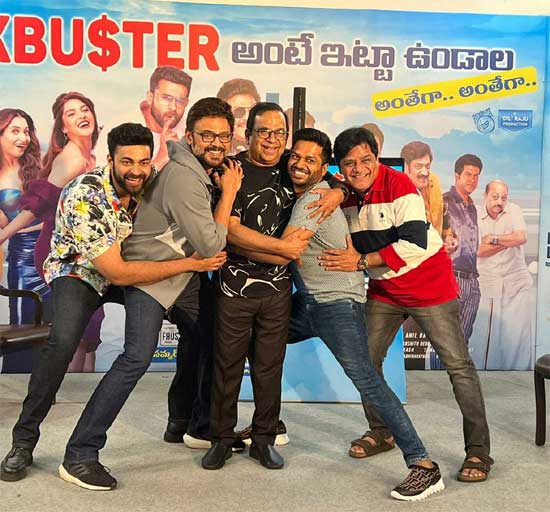 F3 has become this good hit at the box office. Even on the weekdays, the film is attracting a decent audience to the theaters and has made the makers happy.

Now, none other than comedy king Brahmanandam has watched the film and appreciated it a lot. He also shot for an interview with the core team of the film.

Seen in the picture is Venkatesh, Varun Tej, director Anil Ravipudi, and Ali happily posing with Brahmanandam. Dil Raju produced this film which had music by DSP.