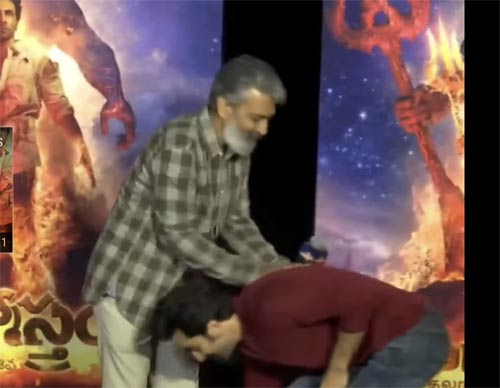 Ranbir Kapoor is one of the biggest stars in the country as of now. He is ready with his new film Brahmastra which will release in August 2022.

Rajamouli is presenting the film in the south and today, he announced the same along with Alia Bhatt, Karan Johar, and Ranbir Kapoor.

Rajamouli spoke high about Ranbir and revealed that the star hero is his favorite actor in Hindi. Impressed by Rajamouli’s speech, Ranbir came rushing on the stage and touched Rajamouli’s feet.

This picture has now gone viral on social media. Brahmastra is directed by Ayan Mukherjee and Karan Johar produces it.