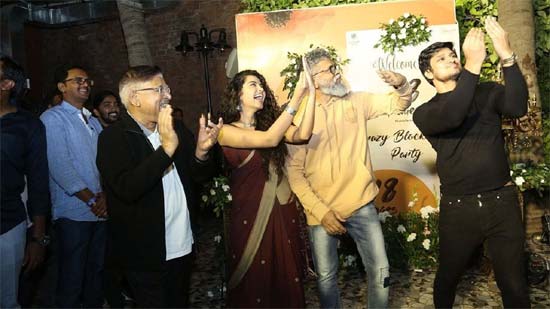 Young actor Nikhil Siddarth has now come up with a love story titled 18 Pages. The film has the lovely Anupama Parameswaran as the leading lady and hit the screens last Friday. The film opened to positive reviews and is doing decent business.

Elated by the good response to the film, the team conducted a success party yesterday. Actor Nikhil posted a video this morning where the film presenter Allu Arvind and Sukumar are seen dancing together with Anupama.

This fun video is currently going viral on social media. Sukumar penned the story, while Palnati Surya Pratap of Kumari 21F fame directed the film. Produced by Bunny Vas under GA2 Pictures and Sukumar Writings, the film has Ajay, Sarayu, and Shatru in key roles.