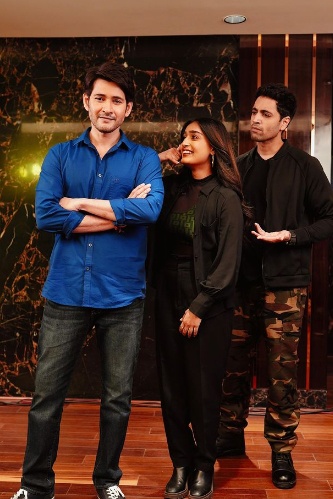 Major, starring Adivi Sesh in the lead role is up for a grand theatrical release worldwide on June 3, 2022. Directed by Sashi Kiran Tikka, the movie has Saiee Manjrekar as the female lead.

As the release date is not far away, the makers have kick-started the promotions in a grand manner. The latest news is that Mahesh Babu, who is one of the producers of Major, has promoted the movie along with Adivi Sesh by appearing in a special funny video.Famous Youtuber and Instagram influencer Niharika, who promoted Sarkaru Vaari Paata also, designed this video concept. The video has gone viral in no time.

Sobitha Dhulipala, Revathi, Prakash Raj and others played key roles in this movie, which has Sricharan Pakala’s music. Major is scheduled to release in Telugu, Hindi and Malayalam simultaneously.