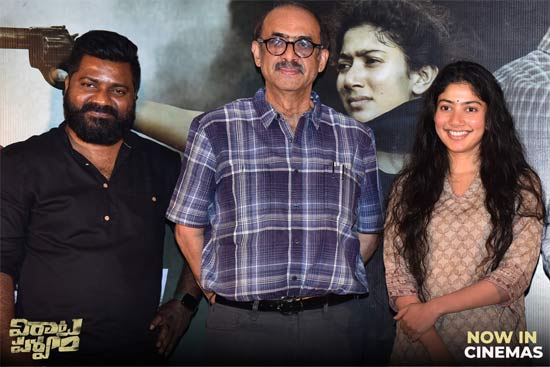 Virata Parvam was in the making for a long time now and finally, it hit the screens on Friday. The word of mouth is good for the film and the team celebrated the film’s success.

Speaking at the success meet, Suresh Babu said that Virata Parvam is the first biopic in his banner and he is extremely proud that the team scored a super success.

The star producer also added that he loved Rana and Sai Pallavi’s performance in the film and they deserve special applause. Last but not the least, he praised director Venu Udugula for his solid narration and hard-hitting dialogues.

Suresh Babu finally ended the speech and said that Virata Parvam is a film that should not be missed as it is made purely from the heart.