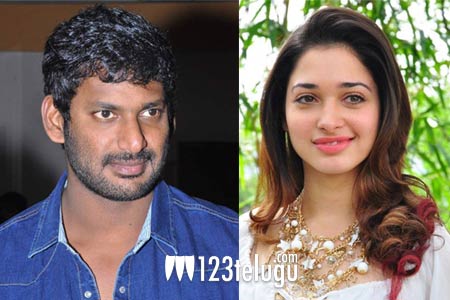 Hero Vishal currently has three films in his hand, one of them being an action thriller titled Kaththi Sandai. The film will be directed by Suraj, who is known to the Telugu audience for Karthi’s Bad Boy.

According to the latest reports, star actress Tamannaah will be seen as the leading actress. The film will be launched soon. It is slated to be released in early 2017. Noted comedian Vadivelu will also be making a comeback with this film. Kaththi Sandai will be bankrolled by Vishal’s own production company, Vishal Film Factory.