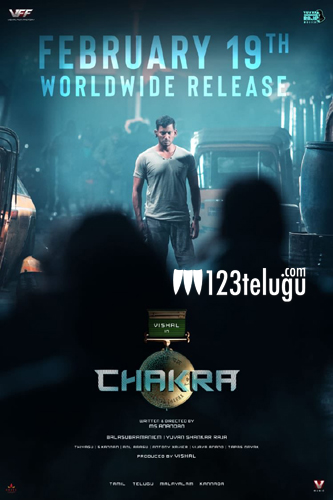 Hero Vishal’s new film, Chakra is awaiting its release from the past few months. A couple of months back, news also came out that the film will skip its theatrical release and opt for a direct OTT streaming on Zee5.

However, putting an end to all the speculations, Vishal himself revealed that the film will have a theatrical release on February 19th in all South Indian languages through a social media post.

Being directed by MS Anandan, Chakra has Shraddha Srinath in the female lead role.

Yes, it’s confirmed…
We have planned to release our action thriller film #Chakra in theatres on February 19th in all 4 South Indian Languages. Going to be a grand release. Looking forward to it… GB