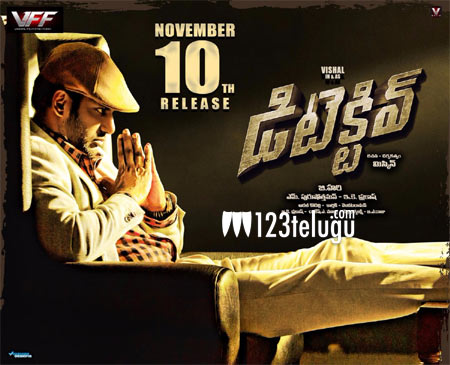 It’s well-known that Tamil star Vishal’s latest hit, Thupparivaalan, is dubbed in Telugu as Detective. The film is an intense, investigative thriller and it was directed by acclaimed filmmaker Mysskin.

According to the latest updates, Detective is all set for its Telugu release on November 10th. The film’s theatrical trailer was received well by movie lovers. Andrea Jeremiah and Anu Emmanuel are the film’s leading ladies and Arrol Corelli is the music composer. Vishal himself has produced the movie.