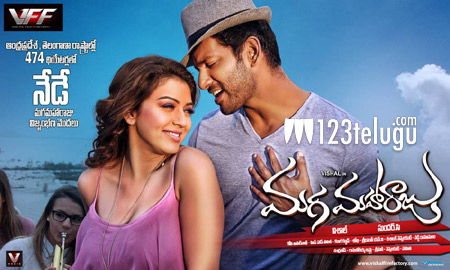 We have already reported that Vishal’s Tamil flick, Ambala is being dubbed as ‘Maga Maharaju’ in Telugu. According to the latest update, this film is releasing in nearly 474 screens in both the Andhra and Telangana regions.

Vishal is among the few Tamil actors who carries a decent following in Tollywood. Directed by Sundar.C, this movie is an action entertainer and has Hansika paired opposite Vishal.