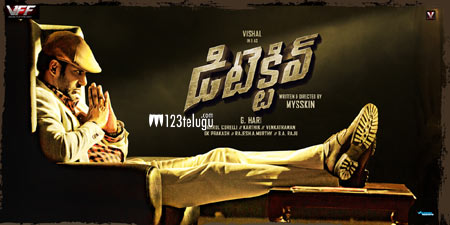 Vishal’s latest offering, Thupparivaalan has opened to some rave reviews and is successfully running all over. The film is titled as Detective in Telugu which also has actor Prasanna in a crucial role.

Meanwhile, the latest news is that the makers are planning to release the Telugu version of this film next month. Vishal, for the first time in his career, played a private detective’s role which has been well received by the Tamil audiences.

Directed by Mysskin, this film has happening starlets Anu Emmanuel and Andrea Jeremiah as the female leads. Arrol Corelli scored the film’s music.