Vishal’s Saamanyudu is out of the Sankranthi race – Gets a new release date
Published on Jan 6, 2022 7:50 pm IST 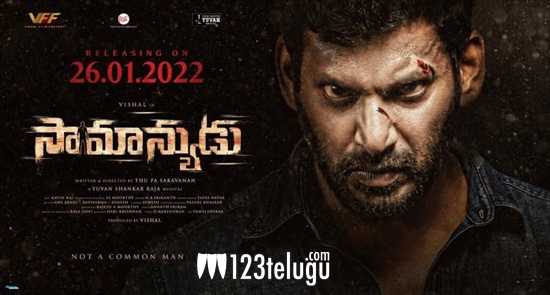 Kollywood actor Vishal’s latest movie, Saamanyudu, is out of the Sankranthi race. Initially, the makers have announced that the movie is all set to release on January 14 as many biggies got postponed.

But, the latest news is that the movie is going to release on the long-back announced date of January 26.

Saamanyudu, directed by the debutant Thu Pa Saravanan, is the Telugu dubbed version of the film, Veeramae Vaagai Soodum.

Dimple Hayati is playing the love interest of Vishal in this film. Meanwhile, the release of the original version is also in dilemma.