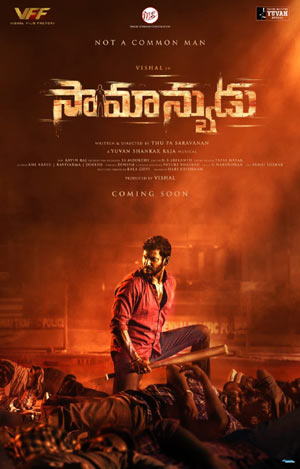 The postponement of many biggies has paved a path for the release of low-budget movies. Many movies have been rescheduled to release on Sankranthi 2022 since yesterday.

According to the latest gossip, actor Vishal is planning to release his upcoming movie, Veeram Vaagai Soodum, which is titled Saamanyudu in Telugu, on January 14.

But, the makers haven’t made any comments regarding its release. Besides, the movie’s shooting wrapped up this morning. Directed by Thu Pa Saravanan, the action drama has Dimple Hayati as the female lead.

Produced by Vishal under his home banner, Vishal Film Factory, the movie is initially scheduled to release on Republic day to entertain the Tamil and Telugu audiences.