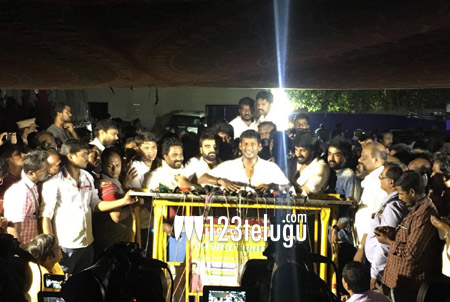 The Tamil Film Producer’s Council elections came to an intense finish just a while ago. Popular actor and producer Vishal’s team swept the elections with a huge margin.