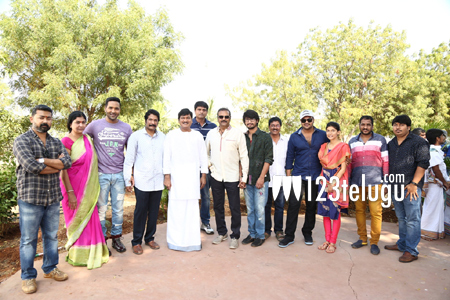 Vishnu Manchu and Raj Tarun will be working together for a multistarrer and the project has been formally launched this morning. The film will be directed by G Nageswara Reddy of Vishnu’s Denikaina Ready fame and produced by Sunkara Ramabrahmam, while A TV will be presenting it.

Vishnu’s father and veteran star Mohan Babu gave the clap, while his mother Nirmala switched on the camera. Vishnu’s brother Manchu Manoj directed the first shot. The makers stated that the film will be an out-and-out entertainer. Mumbai actress Sonarika will be seen romancing Vishnu, while Raj Tarun has been paired with his Kumari 21F actress Hebah Patel.

The film’s regular shooting will kickstart today and continue non-stop until it’s completion. The makers are planning to release the film on April 14th , 2016.