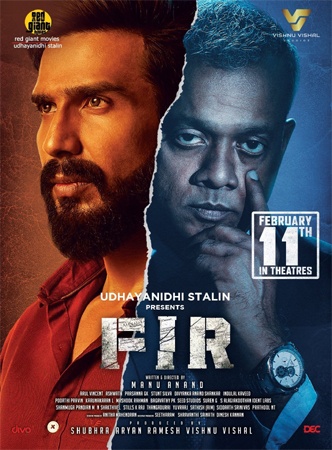 FIR featuring Vishnu Vishal has been creating a lot of buzz since the release of the trailer. Directed by Manu Anand, the movie will hit the screens in a few hours. But, in the meantime, the movie has been banned in some places.

The movie was banned in Malaysia, Kuwait and Qatar because of its core content and theme of the movie. Besides, FIR will hit screens everywhere. Vishnu Vishal took to Twitter and informed the same.

Starring Manjima Mohan, Raisa Wilson and Reba Monica John played the female leads in this movie. Gautham Vasudev Menon will be seen in a crucial role in this thriller, which has Ashwath’s music.