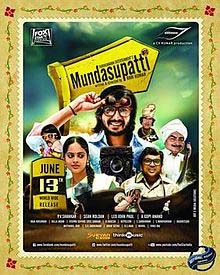 Remakes are a part and parcel of the film industry. A lot of Tamil films are always dubbed and remade in Telugu. One more hit film in Tamil will now be remade in Telugu soon.

The latest update is that hero Vishnu Vishal’s Mundaasupatti is going to be remade soon in Telugu. Apparently, a noted hero and production house have bought the rights and are going to bankroll this film very soon.

Preparations are in full swing and very soon, official confirmation will be out. Mundaasupatti was directed by Ram Kumar in Tamil and is a village comedy that deals with a camera and fun related to it. We need to see who will star and direct it in Telugu.