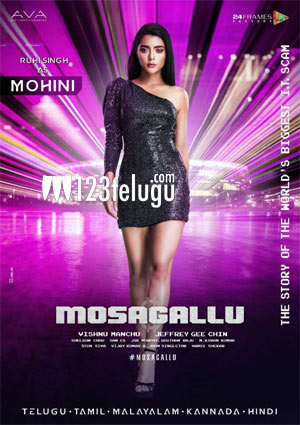 Actor-producer Vishnu Manchu has begun promoting his debut Hollywood film, Mosagallu. The film is also releasing in five Indian languages, apart from the English version. After the teaser and Vishnu and Kajal’s first look poster, the makers today released the first look of Vishnu’s love interest in the movie.

Bollywood starlet Ruhi Singh will be seen as Vishnu Manchu’s lady love in Mosagallu. In the first look poster, Ruhi is seen walking on the road at night, dressed in a stylish designer wear. She plays Mohini in this big budget thriller.