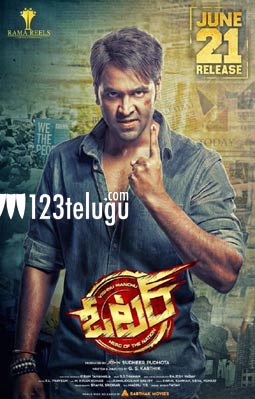 Hero Vishnu Manchu’s latest political drama, Voter has been waiting for a release for the past few days. Now, the latest we hear is that the film will be out on the 21st of this month.

Sushanth’s Adda fame Karthik Reddy has directed Voter. Surbhi is the lead heroine in the movie.

John Sudheer Pudhota is the film’s producer and Thaman is the music composer. The film will also be released with the title Kural 388 in Tamil.

Voter is a political thriller with Vishnu playing an author backed role.