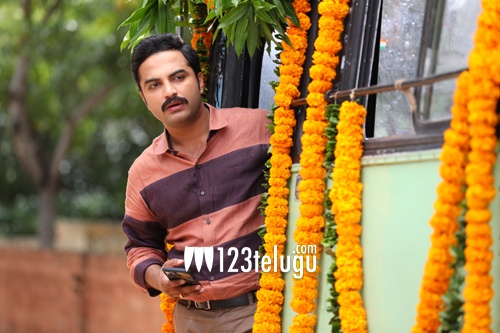 Young hero Vishwak Sen is coming up with a romantic entertainer titled Ashoka Vanamlo Arjuna Kalyanam. The makers launched a special teaser to introduce Vishwak’s character from the movie. He plays a middle-class bachelor in his 30s and on a hunt for the perfect bride.

What’s striking about the teaser is Vishwak’s hilarious makeover. Dressed in formals, he appears as a boy next door with oily hair that’s started to go bald and a belly. He is seen urging the audience to find a suitable bride for him and that he has no demands either.

Ashokavanamlo Arjuna Kalyanam is being directed by Vidya Sagar Chinta and produced by Bapineedu and Sudheer Edara under SVCC Digital banner. Veteran producer BVSN Prasad is presenting the film. Jai Krish is the music composer and Ravi Kiran Kola has provided the story.