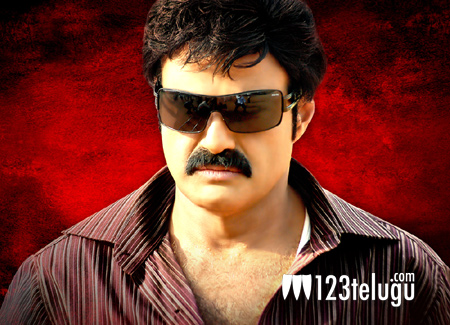 Nandamuri Balakrishna’s ‘Legend’ is currently under production. The movie is being taken quite prestigiously by everyone involved and special efforts are being made to present Balakrishna in a powerful and stylish way.

From the first week of November, the film will be shot in and around Vizag. The production unit is planning to complete the shoot in a single, long schedule and the film will hit the screens in early 2014. Devi Sri Prasad is the music director of this movie. Sonal Chauhan Radhika Apte will be seen as the female leads.

‘Legend’ is being directed by Boyapati Sreenu while 14 Reels Entertainment banner is producing the project. Sai Korrapati of Varahi Chalana Chitram is the presenter of the film.