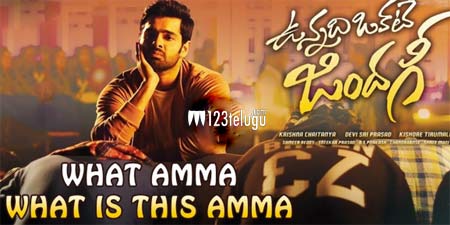 Srimani pens some cheeky lyrics for What Amma, while DSP makes the song an instant earworm with his peppy beats and minimal orchestration. Both the songs assure that VOZ will offer a musical treat. Ram will be seen as a frontman of a rock band in VOZ.

VOZ has Lavanya Tripathi and Anupama Parameswaran playing the female leads. The film is directed by Kishore Tirumala and produced by Sravanthi Ravi Kishore and Krishna Chaitanya. VOZ is slated for release on October 27.