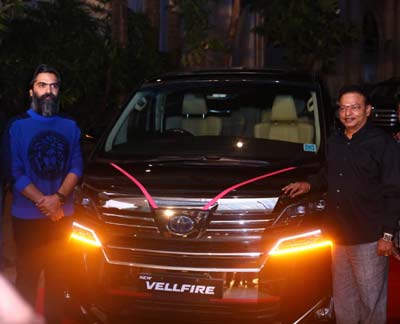 Kollywood actor Silambarasan TR aka Simbu is currently enjoying the grand success of Vendhu Thanindathu Kaadu. Directed by the star director Gautham Vasudev Menon, the movie is released in Telugu as The Life of Muthu.

VTK has Siddhi Idhani, Radhika Sarathkumar, and others played key roles in this flick, produced under Vels Film International. AR Rahman is the tunesmith for this action drama.