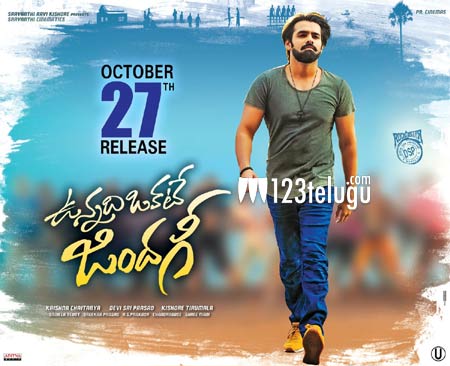 Vunnadi Okkate Zindagi is one film which has become the talk of the town all over. The latest we hear is that the film has completed its censor formalities with a clean ‘U’ certificate.

The film is based on love and friendship and is directed by Kishore Tirumala. Sree Vishnu and Priyadarshi play key roles in this film which is produced by Sravanthi Ravi Kishore. The film is up for a release on the 27th of this month.

Lavanya Tripathi and Anupama Parameswaran play the female leads in this film which has music by Devi Sri Prasad.