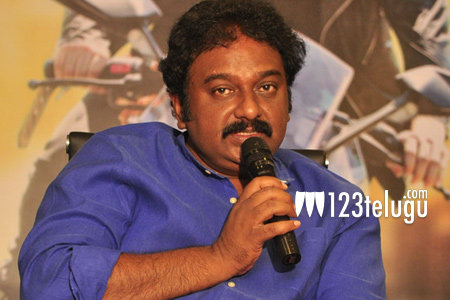 VV Vinayak, one of the leading directors in Telugu, disappointed everyone with his last film, Akhil. The film, which was released on Diwali amidst heavy expectations, ended up as a huge loss venture for all the involved parties. Yesterday, Vinayak opened up about Akhil’s failure and apologized to everyone for his poor show.

Vinayak said that everyone makes mistakes in films and that he has made the first biggest mistake of his career with Akhil. The director also promised to bounce back with a solid hit with his next film. Vinayak’s next film will be the most awaited comeback film of Megastar Chiranjeevi, the remake of Tamil blockbuster Kaththi.