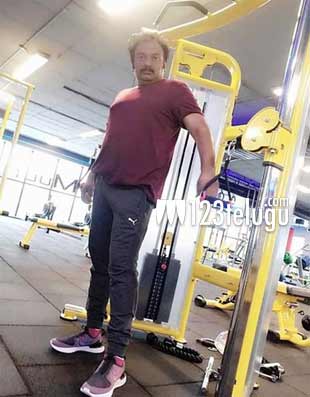 We had already reported that star director VV Vinayak is all set to make his debut as a hero with a film to be produced by Dil Raju. Narasimharao, who had earlier directed the socio-fantasy entertainer Sarabha, will be directing Vinayak’s hero debut film.

It’s been earlier reported that Vinayak has been hitting the gym rigorously to undergo a drastic body transformation. A photograph of the director posing in his gym is doing the rounds on the internet and is stunning everyone. Vinayak has lost oodles of weight and is looking fit in a slim avatar.

Vinayak’s hero debut film will kick-start from September. The director was earlier seen in special cameos in Chiranjeevi’s Tagore and Khaidi No 150 and Puri Jagannadh’s Neninthe.