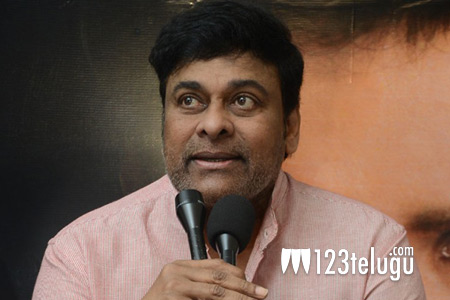 Megastar Chiranjeevi today felicitated the core team of Varun Tej and Raashi Khanna’s latest hit, Tholi Prema. Speaking on the occasion, Chiru said that he was curious to watch Tholi Prema as the film is named after his brother Pawan Kalyan’s movie.

Chiru said that the entire Mega family is very proud of Varun Tej’s performance. He further said that both Varun and Raashi Khanna were looking quite different in the movie and heaped praises on the debut director Venky Atluri for his fresh and impressive presentation of an unusual love story.

Congratulating the film’s producers BVSN Prasad and Baapi, Chiru said that Tholi Prema will remain as a landmark movie in Tollywood’s history.