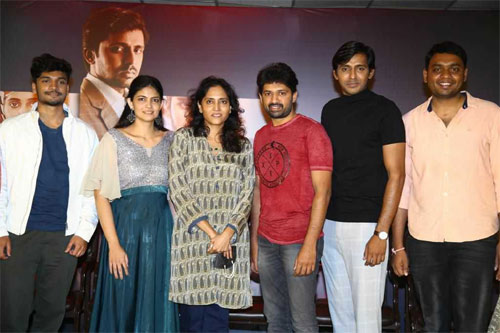 It is a rare thing in the Telugu OTT world to get a sequel to a successful web series. Loser is such a web series that has got season 2. Priyadarshi, Kalpika Ganesh and Shashank are playing key roles in this series.

Today, the makers held a press meet and during the event, producer Supriya Yarlagadda said that the entire team has worked hard and suffered a lot while making season 1 and ultimately made it a huge success.

When ZEE5 approached her to make a sequel, she decided to make it a series that will satisfy the actors, director, other cast and crew, and audience. As intended, she along with the enormous support of the team completed season 2, which came out well, commented Supriya.

Directed by Abhilash Reddy and Shravan Madala, Loser season 2 is a joint project of ZEE5, Annapurna Studios and Spectrum Media Networks. The sports drama series will be available to stream on ZEE5 from tomorrow.