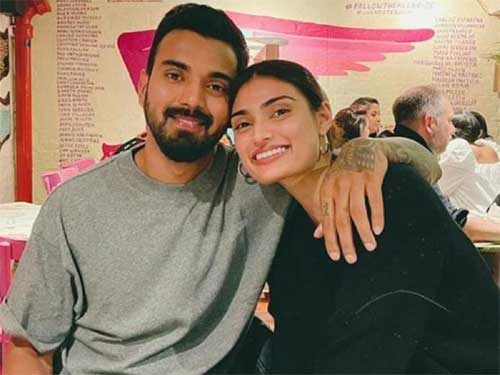 Actress Athiya Shetty and Indian cricketer and opening batsman KL Rahul have been dating each other for a while. In many instances, the actress-cricketer duo never failed to display their love for each other. Recently Athiya was seen cheering for Rahul in the T20 World Cup as well.

In an interaction with the media, Suniel Shetty, father of Athiya Shetty, stated that the marriage would be happening soon. However, he added that though he was thinking of confirming a date for the wedding, the busy schedules of Rahul and Athiya are making him not take any decision.

He added that he would be informing the official date of the wedding very soon. A few reports claim that the marriage of these celebrities will take place in the month of January. However, an official confirmation has to come out on this.