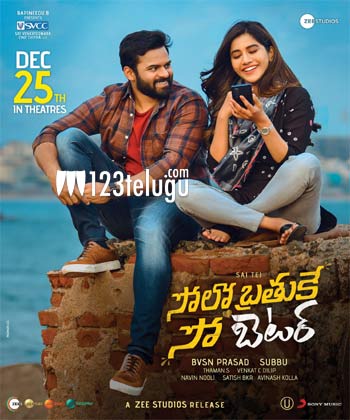 Sai Dharam is doing full-on promotions for this film Solo Bratuke So Betteru. The film is directed by debutante Subbu and was supposed to hit the screens in April. But the lockdown happened and changed everything.

Also, this film is the first biggie to release on the big screens post the reopening of theatres. But now with the producer’s council deciding not to release films until their issues are solved with the theatre and multiplex owners, this film’s release has been stuck.

What will Tej do now? The negotiations are on as of now and as Zee has also bought the rights, will it release it on Zee 5 needs to be seen. Will the film come out on OTT or will be released in theatres as promised, needs to be seen.