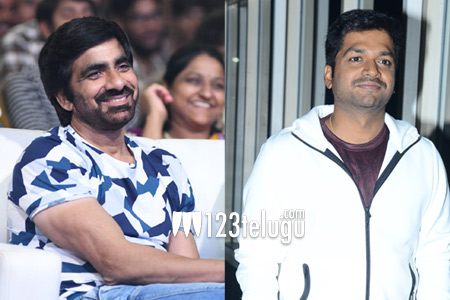 Raja The Great is one film which is all over the news. Many do not know that Ravi Teja’s son Mahadan is playing the younger Ravi Teja in the film. Ravi Teja opened about his son in his interview to a leading daily.

He said that initially, he did not like his son getting into movies so early but agreed to it as director Anil Ravipudi convinced him big time and promised him that he will showcase his son in a superb manner.

This will be a surprise package for all the audience says Ravi Teja who is quite happy with the way the film has shaped up. Mehrene is cast as the female lead in this film which has music by Sai Karthick.