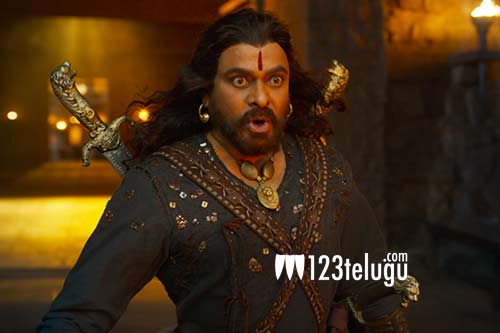 Megastar Chiranjeevi is being showered with accolades for his inspiring performance as Uyyalawada Narasimhareddy in the legendary freedom fighter’s biopic, Sye Raa Narasimhareddy. On several occasions, Chiru said that a film on Narasimhareddy’s life was his long-cherished dream.

But interestingly, Chiru had once suggested Ram Charan’s name for the titular role in Narasimhareddy’s biopic. Around a decade ago, when Chiru was neck deep into politics, veteran writers Paruchuri Brothers had given Sye Raa’s story narration to Chiru.

Even though Chiru was impressed with the story, he was unsure about doing the film due to his political commitments. It was then that Chiru had told Paruchuri Brothers that if ever he couldn’t do Narasimhareddy’s biopic, he will surely make the film with Charan. With Chiru taking a break from politics, he could finally realize his dream with Charan producing the movie.