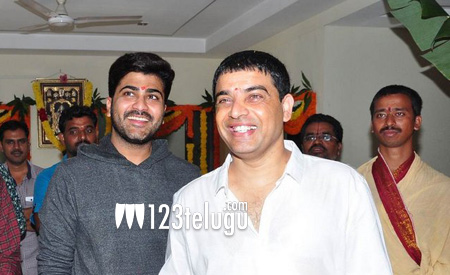 Sathamanam Bhavathi, Dil Raju’s much discussed film with Sharwanand, was launched yesterday. The film will be directed by Satish Vegesna and Anupama Parameswaran will play Sharwa’s love interest.

Speaking on the occassion, Dil Raju said that he wanted to produce a film with Sharwanand when Sharwa just entered Tollywood and approached him for offers 12 years ago. The producer philosophically said that maybe the film with Sharwa was destined to happen only after 12 years.

A complete youthful family entertainer, Sathamanam Bhavathi will have its regular shooting from September 14 and the film will release on January 14 as a Sankranthi treat.