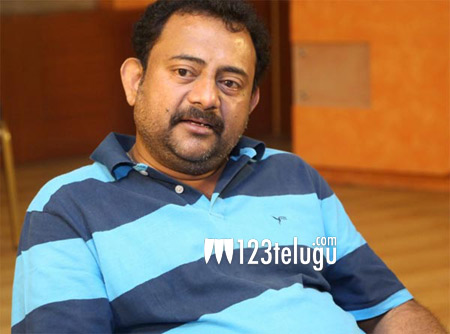 With an enviable repertoire of movies like Kanche, GPSK and Khaidi No 150 etc, Sai Madhav Burra is currently one of the most sought after dialogue writers in Tollywood. The star writer has penned dialogues for Manjula Ghattamaneni’s directorial debut movie, Manasuku Nachindi.

Manasuku Nachindi’s teaser was unveiled by Manjula’s father Superstar Krishna recently. Speaking at the event, Sai Madhav Burra revealed an interesting incident fron his teenage days. He said that he hails from Tenali and went to the same school in which Krishna completed his education.

Surprising everyone, the talented writer said that he used to be a huge fan of the legendary NT Ramarao and that Krishna’s fans had even beat him up once. Sai Madhav further said that he also used to admire Krishna immensely and dreamed of becoming a star like him. “He is like a godly figure,” the writer said about the veteran star.