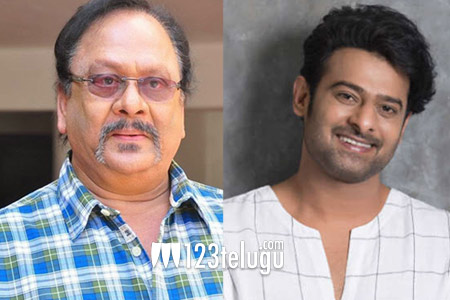 Prabhas’ marriage has been undoubtedly one of the most speculated topics for the last 5, 6 years. Even Prabhas, at one point, had confirmed that he will be tying the knot after Saaho’s release. However, he will be busy for the next 2 years with back-to-back projects.

Over the years, it was Prabhas’ uncle and veteran hero Krishnam Raju who has been addressing the media and fans regarding Prabhas’ marriage. The Rebel Star too had announced on a few occasions that his nephew will get married after the release of Baahubali 2 and Saaho.

Now, it looks like even Krishnam Raju has no clue about Prabhas’ marriage. In a latest interview on the occasion of his birthday, Krishnam Raju was once again asked about Prabhas’marriage. And the veteran actor gave a funny reply, saying, “it will happen when it happens.”