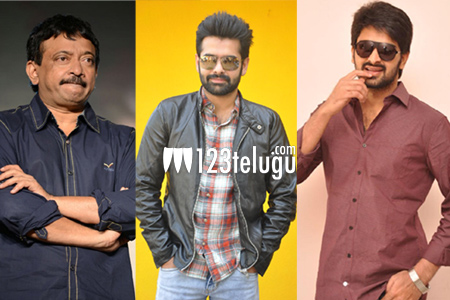 Three interesting films Killing Veerappan, Abbaitho Ammai and Nenu Silaja are releasing on this new year and all of them are quite critical to everyone associated with them.

Young heroes Ram and Naga Shourya are lying low as some of their films did not run at the box office. Same is the case with RGV as all his previous directional ventures bombed at the box office big time. All these three have pinned a lot of hopes on their projects and are expecting wonders at the box office.

Interesting aspect is that all the three films are carrying a superb buzz. Looks like RGV’s form is back with Killing Veerappan and Ram has impressed with a cute and interesting love story. Naga Shourya is also busy with multiple films and wants to kick start the year with a bang in the form of Abbaitho Ammayi.

Some come January 1st, it will be really interesting to see which film clicks at the box office and brings a respite to their respective careers.