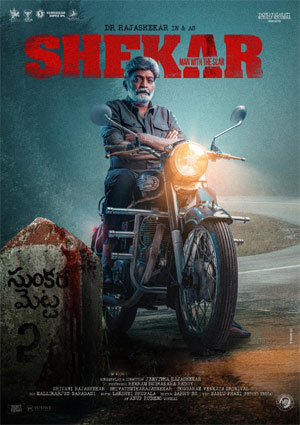 Amid the Corona crisis, the existing OTT platforms are trying hard to get the rights of promising Telugu films to release directly on their platforms. In recent times, we have seen many small movies, like Adbhutham and BRO, make their way to OTT platforms skipping theatrical releases.

The scenario is different in the case of big movies. But, now, all the OTT platforms have their eyes on an upcoming Tollywood film, and it is Rajashekar’s next ‘Shekar.’

According to the latest gossip, several OTTs have approached the makers of Shekar and offered a huge price of Rs 22-25 crore to get it released on their platforms directly.

Though the film is a remake, director Jeevitha Rajashekar made many changes to the screenplay. The news is that the makers also planned a special surprise in Shekar for the Telugu audiences.

Jeevitha has also turned screenwriter for this Rajashekar’s action movie. Anup Rubens is scoring the music for this much-awaited Telugu flick. Let’s see whether this film goes to OTT or not.