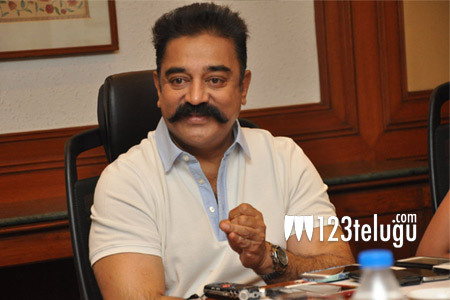 Film lovers and ardent fans of Kamal Haasan have been waiting for the day when the legendary actor resumes his ambitious project, the multicrore period film, Marudhanayagam. The film, based on the legends of an 18th century warrior named Mohammed Yousuf Khan, was launched way back in 1997, with Queen Elizabeth II attending the inaugural ceremony. However, the film was later put on hold due to lack of funds and never saw the light of the day.

All of a sudden, popular Tamil film production house, Ayngaran International, tweeted a poster of Marudhanayagam and this got everyone excited. Already, several stories have started doing the rounds which reveal that yet another major film production house, Lyca Productions, which is currently bankrolling Rajinikanth’s Robo 2, will join hands in producing Marudhanayagam.

We will have to have until a few more days to know about the status of this long-delayed film.