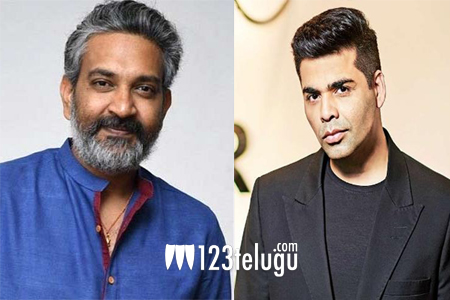 Rajamouli met the press and clearly announced that his film RRR will be coming out on the 30th of July 2020. Now, Karan Johar has also announced that his Hindi production, Sooryavanshi with Akshay Kumar will release on the same date.

Now, the latest gossip going around is that Rajamouli has asked Karan Johar to postpone his film so that RRR will have a solo release on Eid 2020. Discussions are on but Karan is very keen to release the Rohit Shetty film on the said date.

Karan Johar might also get associated with RRR in the future as there are chances of him releasing the film in Hindi. We need to see if Karan fulfills Rajamouli’s request.