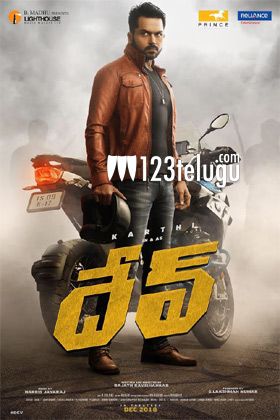 Karthi is a star actor and has a very good following in Telugu. But his last film, Chinna Babu was just a below average fare at the box office in Telugu.

So, he has pinned all his hopes on his new film Dev which will hit the screens this week. Karthi is very confident that he will score a hit but there is not much buzz for this film.

Rakul Preet plays the female lead in this film and she too needs to hit as he has not had a solo Telugu release in the last year. So, we need to see whether Karthi will make it big or not with Dev.