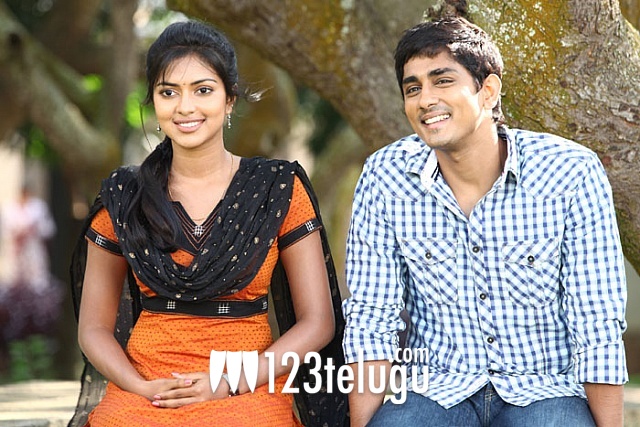 Will Paru reciprocate Arun’s love? Well, that is the central theme of Siddharth’s maiden venture ‘Love Failure’ . Siddharth will be seen as Arun in the movie and Amala Paul has played the role of Parvathi. Her character in the movie is that of an extremely shy girl who does her best to stay away from romantic matters. But Arun falls in love with her and a romantic drama ensues. Siddharth is extremely confident about the movie and he says that the suspense of whether Parvathi reciprocates Arun’s love will have to be seen in the film.

Balaji Mohan is making his debut as a director with this movie and the film will hit the screens in Andhra Pradesh on February 3rd. Dil Raju has bought the rights for the Telugu version. Thaman, who is on a roll these days, has composed the music.