Will Pawan Kalyan end the suspense on Tirupati by-election?
Published on Jan 25, 2021 7:01 am IST 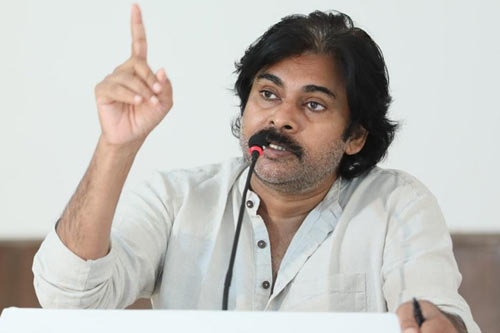 After announcing that his party will contest last year’s GHMC elections, Janasena President Pawan Kalyan took a u-turn and made a sacrifice for the BJP. Needless to say, Pawan’s decision had upset his die-hard fans. Since then, all eyes have been on Pawan’s stand on the upcoming Tirupati by-election.

Many opine that, just like how he supported the BJP during the GHMC polls, Pawan will again sacrifice Tirupati contest for the sake of BJP. Adding fuel to these speculations, Pawan said in his recent Tirupati visit that the BJP’s state leaders are disrespecting Janasena.

In this scenario, BJP’s Andhra Pradesh President Somu Veerraju met with Pawan and had a long discussion yesterday. The meeting has sparked off fresh speculations and fans and political circles are curious to see if Pawan will end the suspense on whether or not Janasena will contest the Tirupati by-election.