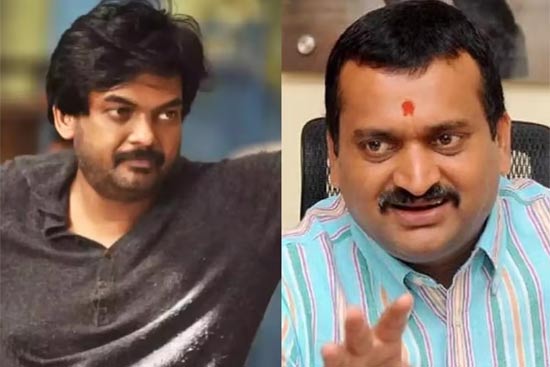 Actor and producer Bandla Ganesh is a controversial person and when he is on stage, he goes bonkers and makes bold statements.

Yesterday night, he stunned the audience with his bold speech at the pre-release event of Char Baazar which stars Puri Jagan’s son Akash.

Bandla made strong comments saying that as a father Puri should have been there at the event to support his son in his career.

Also, without taking any names, Bandla also targeted a few people in Puri’s life. This speech has now gone viral in no time and everyone is shocked by the words used by Bandla.

Now, will Puri Jagan react to these statements of Bandla, only time will tell? As of now, Puri is busy shooting for his film Jana Gana Mana.