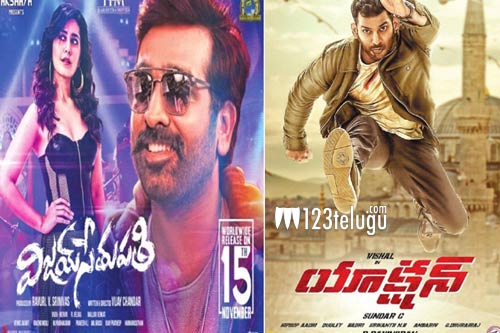 November has been a dull month for film releases and that is the reason some Tamil dubbed movies are making merry.

A few weeks back during Diwali, films like Bigil and Khaidi released and made good money at the box office in Telugu states.

Now, this week as there are no big Telugu films, two more Tamil dubbed films are coming out. One of them is Vishal’s Action and the other one is Vijay Sethupathi.

Both of them have known stars and will compete with a direct Telugu film like Tenali Rama Krishna starring Sundeep Kishan.

We need to see whether these films will make merry at the box office or not this coming Friday.