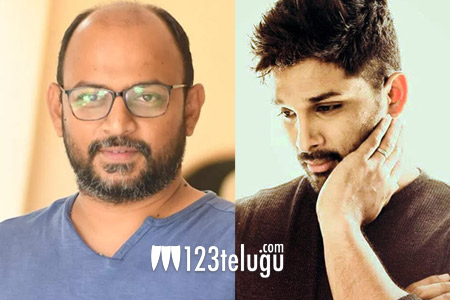 All of just 5 movies old, director VI Anand has made an impression in Tollywood with his out-of-the-box movies. Especially, his last two films – Ekkadiki Pothavu Chinnavada and Okka Kshanam, earned him immense praise from all quarters. Even Stylish Star Allu Arjun was impressed with VI Anand and expressed interest in collaborating with him.

We had reported earlier that VI Anand had already given the basic narration of an exciting story to Allu Arjun. Impressed, Bunny had asked him to come up with the bound script to take the final call. The latest update is that the director is giving finishing touches to the script and yet another script narration is due very soon.

It remains to be seen if the talented filmmaker will manage to get Bunny’s nod eventually. Stay tuned to 123telugu.com for more updates on this collaboration.