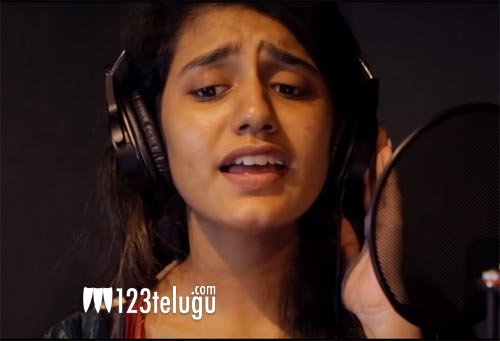 Titled Nee Mazhavillu Pole, the song has been composed by Kailas Menon. Ever since Priya had shared a teaser for the song on her Instagram, the song and the young beauty’s impressive playback singing debut have been getting a good response on social media. National award-winning playback singer Naresh Iyer will be the male voice in this breezy song.

On the acting front, Priya’s maiden Telugu movie, in which she co-stars with Nithiin, was launched earlier this week. She also a couple of movies in Hindi and Kannada.