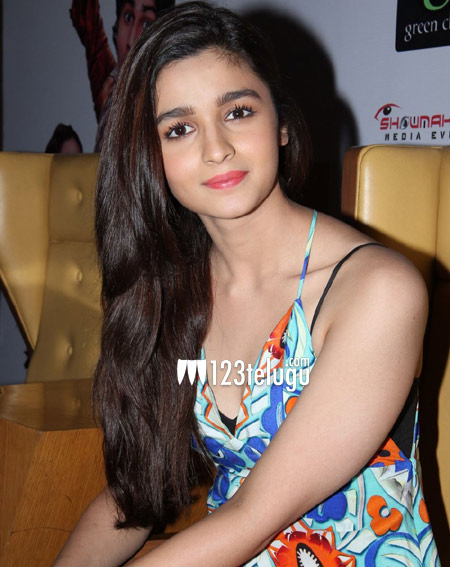 Ali Bhatt has become quite a sensation in Bollywood. She has given back to back hits, and riding high on success. Her upcoming flick Humpty Sharma Ki Dulhania is up for release and the promotions are on full swing.

Alia and her co-star Varun Dhwan visited Hyderabad today and promoted their film. When asked about who would she want to star opposite in a Tollywood film, Alia was quick to answer ” I have close friend in Hyderabad and he always tells me that I would look good with NTR. So if at all I do a film in Telugu, it would definitely be NTR.”

Alia Bhatt was in much news in Tollywood, as there were some reports that she will star opposite Akhil in his debut film.